There remains much to be learned about the full range of turbulent motions in the ocean. Here we consider turbulence and overturn scales in the relatively shallow, weakly stratified, fast-flowing tidal flows of Cook Strait, New Zealand. With flow speeds reaching 3 m s−1 in a water column of ∼300 m depth the location is heuristically known to be highly turbulent. Dissipation rates of turbulent kinetic energy ε, along with the Thorpe scale, LT, are described. Thorpe scales, often as much as one-quarter of the water depth, are compared with dissipation rates and background flow speed. Turbulent energy dissipation rates ε are modest but high for oceans, around 5×10−5 W kg−1. Comparison of the buoyancy-limit Ozmidov scale LOz suggest the Cook Strait data lie for the majority of the time in the LOz > LT regime, but not universally. Also, comparison of direct and LT-based estimates of ε exhibit reasonable similarity. Link. 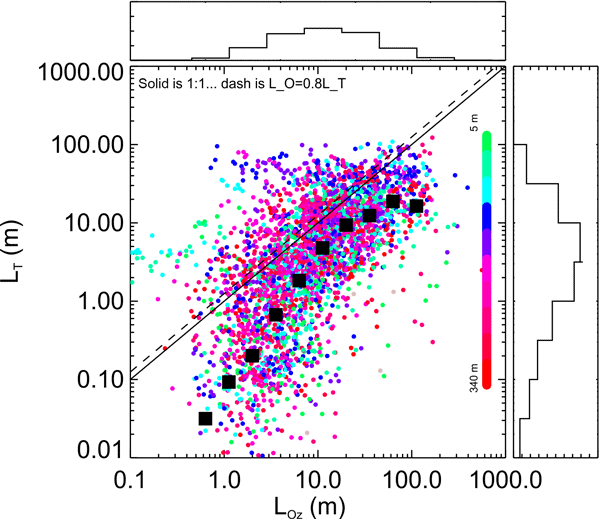